editorial and corporate photography / video production in London, the west country, the rest of the country and beyond.

I have enjoyed a long career as a photographer for major national and international publications, such as The Sunday Times, Sunday Telegraph, TIME Magazine, FOCUS Magazine, Forbes, and Business Week Magazine. More recently the focus of my work has moved towards corporate and business clients, and also video production.  As an editorial photographer, I have photographed five Prime Ministers, various business leaders, Hollywood actors, writers and politicians, from Tony Blair and Gordon Brown, Cameron and Osborne, to Robbie Williams and The Spice Girls. My lens has captured people from all walks of life – from the poorest orphans of Romania to Prince Al Walid, one of the richest men in the world.

Although my core business remains stills photography, having embraced the new technology of DSLR HD video, I now actively seek more film work as a Canon 5D shooter/director, and often editor. In the past few years, I have shot and produced music videos for a number of independent bands. I produced, directed and edited a 15 minute promo documentary for The Jim Jones Revue – a high octane rock and roll band, and directed and shot a short film for O2 and Tribal Worldwide, highlighting the collaboration between the two companies during O2’s website rebranding. I’ve also shot and edited a fashion video on location in Sicily, for ‘Jack & Jones’.

Personal short documentary films include a couple of shorts made during a trip to the USA in September 2010, and ‘The Cider Makers’, which I plan to expand into a full length documentary using anecdotal interviews with various characters in the Glastonbury area, along with the use of an archive of footage and stills shot over a 10 year period. 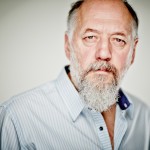 © 2022 - Editorial, corporate and commercial photography and video production, in London, Somerset, Dorset, Devon and all areas of the UK and beyond. © Graham Trott - all images on this website are the intellectual property of Graham Trott. If you would like to use any of the work displayed here, please use the contact form to ask first.